Although Joseph Webster and James Horsfall entered into partnership in 1855 to become, Webster & Horsfall and then, 40 years later amalgamated with Latch and Batchelor the origins of the business can be traced back to the 1720s. The names of Webster, Horsfall, Latch and Batchelor all have a prominent place in industrial history due to their innovations in the production of steel and the manufacture of steel wire and rope for 300 years.

Where did it all begin? …….. Members of the Webster and Horsfall families at different times, left Nottinghamshire and Yorkshire respectively and set up metal and wire drawing businesses in the Digbeth area of Birmingham. 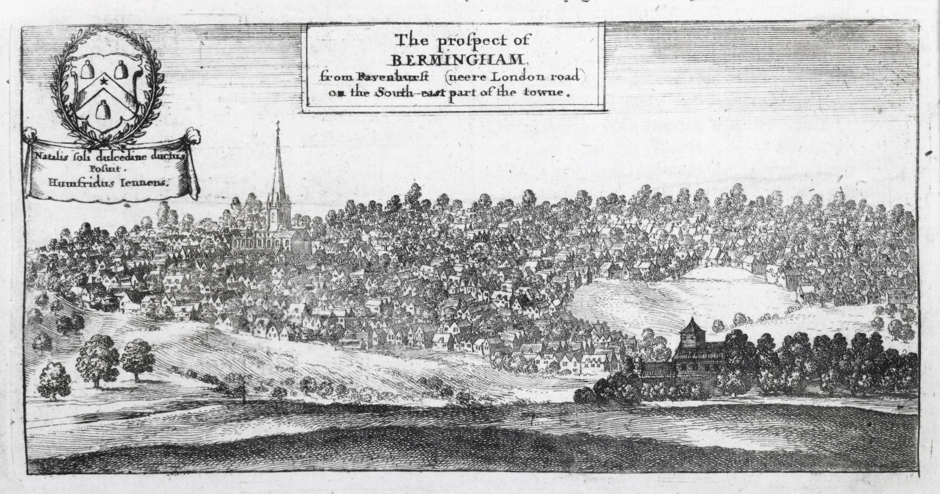 The town had a permissive economic environment, not hindered by restrictive guilds or governed by a corporation. This was attractive to those from dissenting religions, as they were free to trade and take part in civic life. But most importantly, Birmingham was already established as a metalworking town, and would go on to be known as the ‘city of a thousand trades’.

This diversity was important, the town produced many different types of goods in a variety of metals, offering lucrative opportunities for aspiring ironmasters and those involved in metalworking.

John Webster arrived in Birmingham in 1708 and began as a wholesale and retail ironmonger, supplying the people and businesses of the town from the premises adjoining his house in Digbeth.

Webster was also a stockholder for bar iron (wrought iron moulded into bars), which at the time, was used in the manufacture of most iron and steel goods. This led him into partnership with John Turton for the production of bar iron at Perry Barr, at a mill on a tributary that fed the river Tame.  Between 1720 and 1734, Webster and Turton turned to wire production and expanded their interests by purchasing another mill a little further downstream.  The wire mills at Perry Barr became known as Upper and Lower Mills.

Demand soon outstripped supply and by 1742 the business had leased and rebuilt Longnor Forge in Shropshire to meet its increasing demand for iron (this remained in the family’s hands until 1784).

Turton sold his share of the business in 1744 and Webster expanded further by securing another warehouse site in the town, at Mount Street. The business now incorporated all stages of manufacture, from forging to the finished components. The company remained solely within the Webster family until the mid-nineteenth century.

The Websters of Penns

Even before John Webster’s death in 1757, the business had essentially been handed over to his son, Joseph Webster.

There was further expansion, with the lease of Penns Mill from c.1748.  As wire production was introduced at Penns, additional forging capacity was met by the lease and then purchase of Plants Forge at Minworth. By 1766 Joseph was producing steel wire. 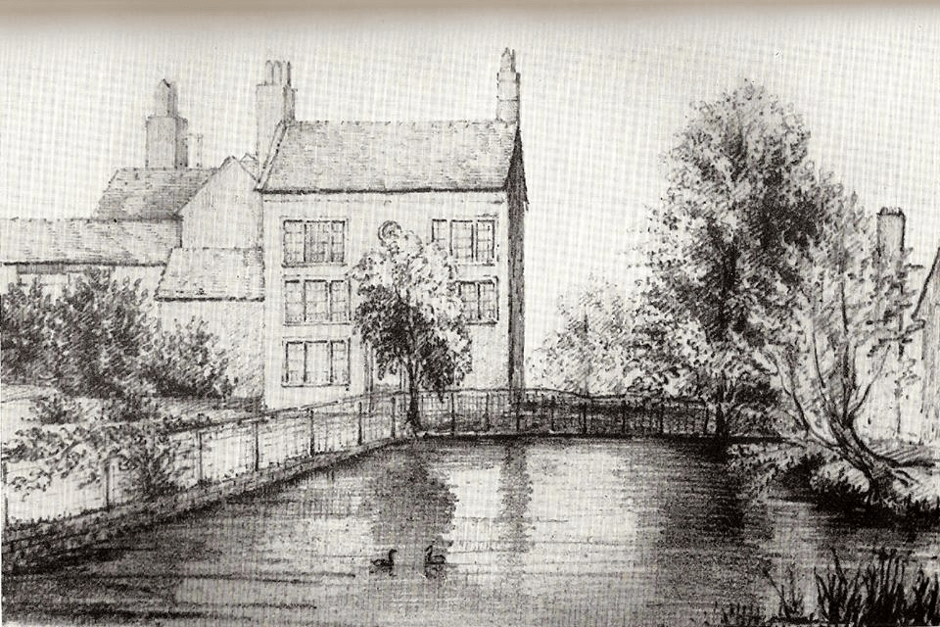 Sketch of Penns in 1817, from the works of Baron Dickinson Webster Jnr.

By 1759 Joseph Webster and his second wife, Ann, had taken a lease on the nearby Penns Hall for £15 per annum. The house was bought outright by Joseph Webster II, cementing the family’s connection to the area. Penns remained in the Webster family for the next two generations until James Horsfall purchased the house in 1865.

Penns Hall was eventually sold to Ansells Brewery in 1947, when it was converted into a hotel, which it remains still. The hotel became famous as the location for the West Midlands’ very own television soap-opera, Crossroads (1964-1988). 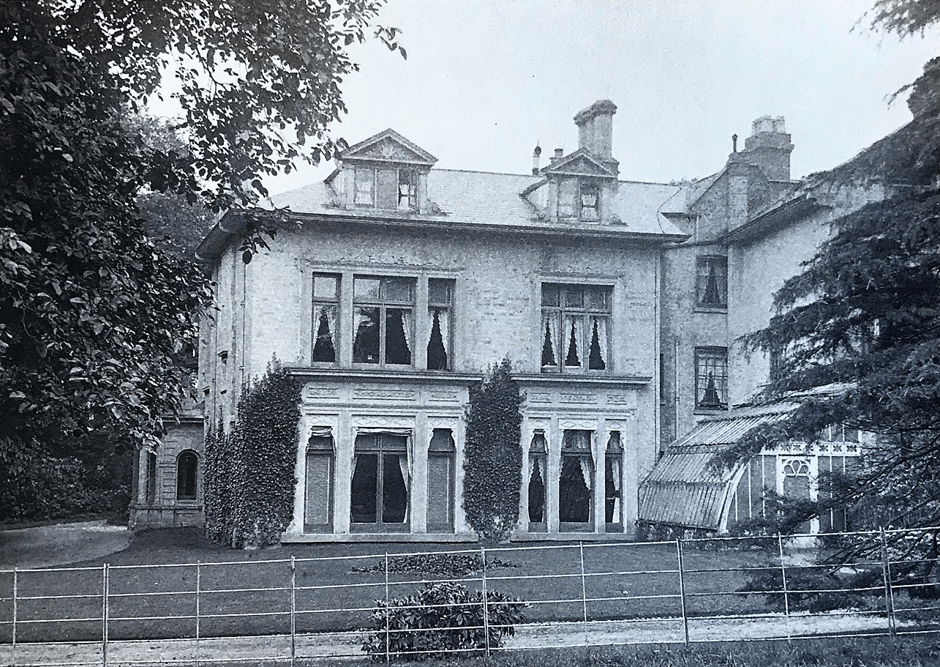 Penns Hall. Reproduced with the permission of Library of Birmingham, WPS/WK/S17/39

Joseph Webster II continued developing the wire drawing side of the business and eventually gave up Longnor Forge in 1784 and instead leased Hints Forge in Sutton Coldfield, a few miles from Penns.

However, tragedy was to strike when Joseph died as a result of a hunting accident when his son was only five years old. The business passed to his wife Phoebe Webster and she became manager of Penns Mill between 1788-1801, until her son came of age.

Once Joseph Webster III took charge of his inheritance, he consolidated and expanded the business interests. After years of leasing out to other manufacturers, Joseph III sold the Upper and Lower Mills at Perry Barr and leased the Killamarsh Forge and Rolling Mills in Derbyshire from 1824 to 1887. The steel made there was transported at first, by barge, but with the coming of the railways and the building of a sidings, the Midland Railway delivered steel straight to Penns station (now demolished).

It was at Killamarsh, where the company’s first manufacturing innovation, manganese crucible steel, was developed.  Websters of Penns established an international reputation for the quality of the steel wire it produced, and by the 1840s the company dominated the market in music wire. 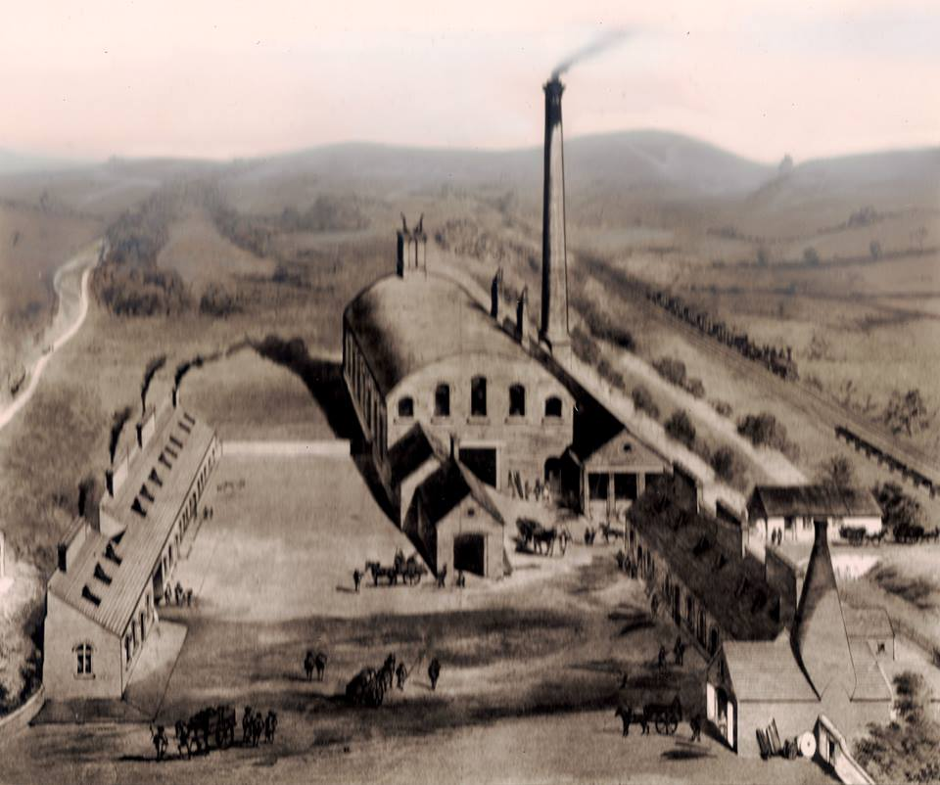 It was at this point and through music wire that Joseph III and his son Baron Dickinson Webster came to form a partnership with James Horsfall.

Joseph Horsfall was an established wire drawer in Birmingham by the second decade of the nineteenth century. In 1835 he had a business in Trent Street but joined forces with yet another Yorkshireman, Edward Spawforth, who was operating out of neighbouring Oxford Street. They enjoyed a short but successful partnership and after Joseph’s death in 1836, his son James Horsfall, continued that partnership. Their substantial premises, in the very centre of the town soon, became earmarked for demolition to make way for the Birmingham and Oxford Junction Railway (later the Great Western Railway).

Thankfully, James Horsfall had the foresight to lease a site at Hay Mill in 1841. He transferred all his entire wire drawing operations there after 1847.

Reproduced with the permission of the Library of Birmingham. WPS WK H8 3

Hay Mill stood on the east of the river Cole above the Coventry Road and before James Horsfall it was a used as a blade mill and a gun barrel factory.

It was here that James perfected his experiments and saw the development of the second manufacturing innovation that the company is famous for, Patent Steel Wire. This process saw the arrival of ‘improved music wire’ and orders soon flooded in.

James Horsfall’s music wire was a competitor to Websters of Penns music wire.  However, Horsfall was most likely using Webster’s superior crucible steel as his source of supply and he lacked the capacity to meet the increased demand for his wire.  An inevitable partnership was formed; Webster’s had the capacity, the markets and the reputation and Horsfall owned the patent for the process to make a superior steel wire. Webster and Horsfall was born in 1855 and the patent assigned to the company.

Just a year later, Joseph Webster III died, his share of the company passing to his son, Baron. Sadly, his tenure in charge would end four years later but during his time Baron had the drive and ambition to ensure that Webster and Horsfall found business opportunities in submarine telegraph cables and wire ropes for collieries and ship rigging.

Church of St.Cyprian and St Chad

After 1860 there were additions to the Hay Mills site. At the entrance to the Works, James Horsfall provided a school room for the children of his factory workers, just north of the factory site alongside the river Cole. At the same time, a row of cottages along The Fordrough were built; some of these cottages still remain today.

That schoolroom was then converted to a chapel in 1863, and a new schoolroom constructed just to the south, this building is now home to the Hay Mills Foundation Trust.

The chapel was enlarged in 1869 by the addition of an organ chamber and organ. Horsfall continued to support the church, and the chapel was replaced with the much larger building seen today. The new church, designed by Frank Barlow Osborn, opened in 1874 and comprised the chancel, organ chamber, nave, passage aisles, porch, tower, spire and vestries, and a west gallery; it was partially built over the leat powering the mill.

Design drawing from The Architect, 1874. 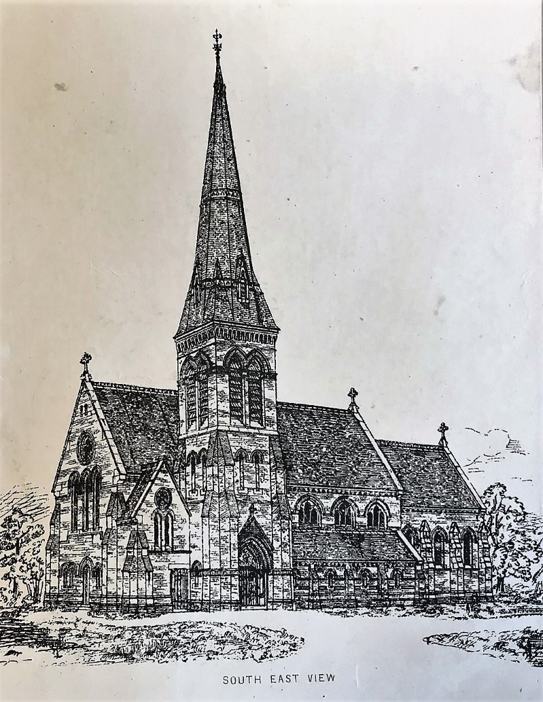 Design drawing from The Architect, 1874. Reporduced with the permission of the Library of Birmingham WPS/WK/H8/4

By 1877, the Horsfall mortuary chapel was added to the south of the church in memory of Horsfall’s and daughter. Much of the stained glass, designed by another famous Birmingham firm, Hardman & Co., was added in the late nineteenth century.

The ecclesiastical parish of St Cyprian was created in 1878, out of part of Yardley parish. In turn its own daughter church of St Chad was built as the suburb continued to grow; St Chad continued in use until 1985 when it was sold. 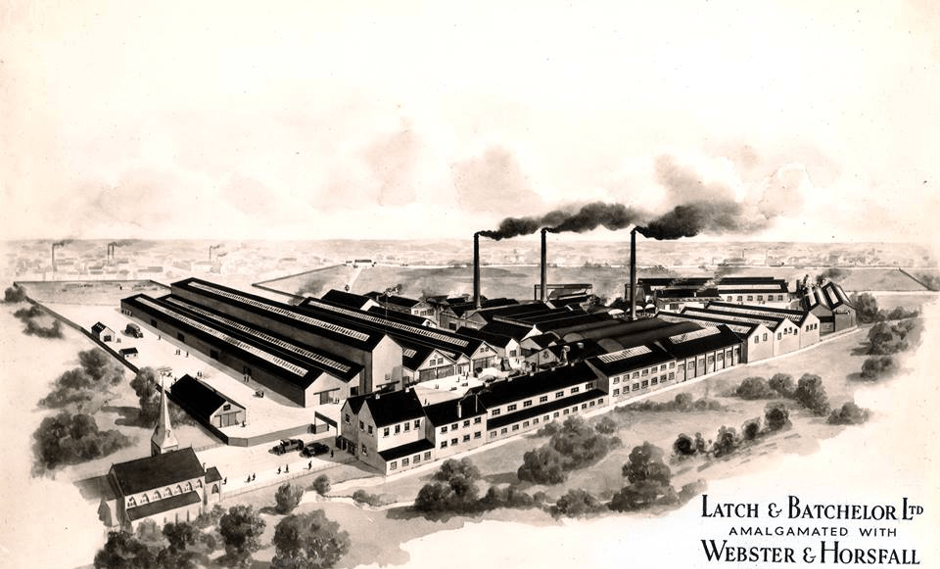 Operations at Hay Mills changed when the firm of Latch and Batchelor was officially incorporated in 1892. This was a separate company founded by Arthur Latch, Telford Clarence Batchelor and Henry Herbert Horsfall, with the object of manufacturing wire rope. This was after the third manufacturing innovation of the locked-coil rope.

Webster and Horsfall and Latch and Batchelor went on to sell their products around the globe and for a time, set up a Canadian division at Penns Mill, Prescott, Ontario. The firms also had a network of recognised agents based in Europe, India, Malaysia, Singapore and Australia.

The Works at Hay Mills remains today, although much changed. It is still home to Webster & Horsfall and Latch & Batchelor but also to the new innovation centre, Tyseley Energy Park with exciting plans for the future and the development of clean energy.