The earliest type of power used by the company, evident in the location of the earliest operations at Upper and Lower Mills in Perry Barr, Plantsbrook Forge, Penns Mill and Hay Mills.

In 1859, after moving the business in its entirety to Hay Mills, the works at Penns Mill with the large water wheel was pulled down and removed. The forge at Plantsbrook was also dismantled and the water-power applied to other uses. A few years later, Plantsbrook was sold by Baron Webster’s trustees to the Birmingham Waterworks Company and the forge pools were converted into a reservoir.

Steam power was introduced to drive the machinery. When Webster and Horsfall made the wire for the Atlantic telegraph cable, the wire drawing processes were powered through a combination of the mill water wheel and steam-driven drawing equipment. 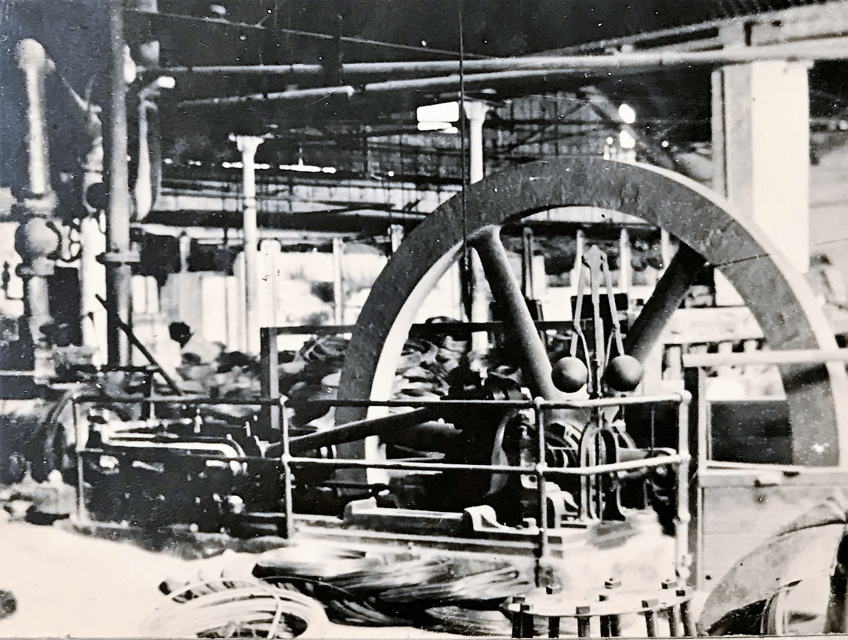 Steam-raising equipment originally consisted of four 30ft Cornish boilers which dated from the early days of James Horsfall at Hay Mills. In 1900, they were replaced with five second-hand Lancashire boilers, which went on to last for about thirty-five years. Once they were worn out and rusted through, they were replaced by two Cochran boilers; each 17ft by 8.5ft and weighing eighteen tons.

The steam-power generated by these boilers was used for driving the engines coupled to the wire drawing benches; the haul-off machinery and the line shafts in the different shops. At Latch and Batchelor and a few sites remote from the boilers, power was provided by steam engines connected to their own boilers. At one stage, records suggest there were nineteen steam engine boilers in operation, 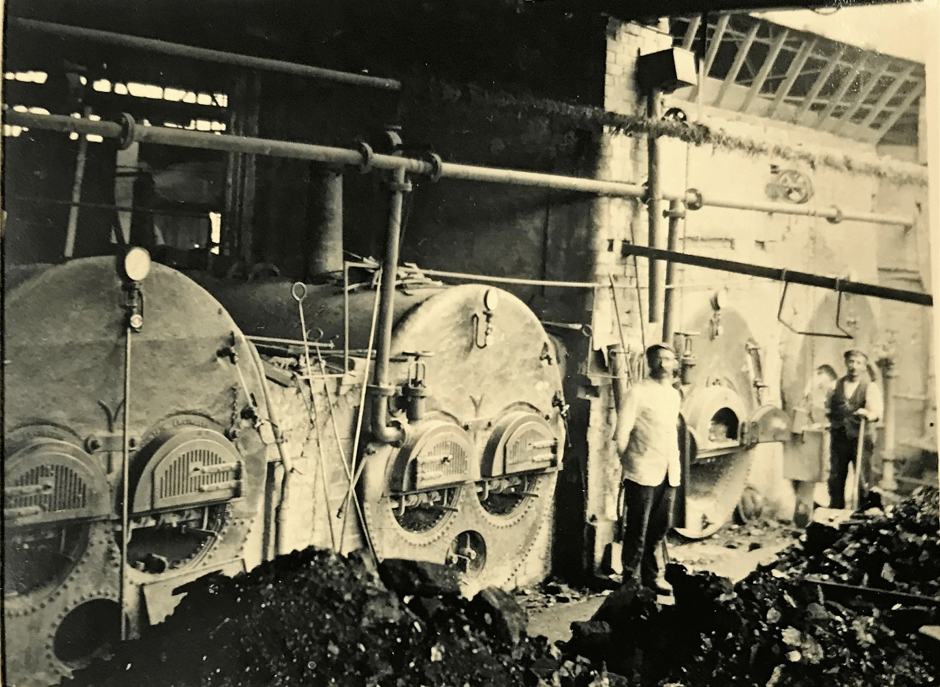 The processes of wire drawing, heat treatments and rope making required enormous amounts of power.  The boilers, steam engines and furnaces all required a single source of fuel…….

Deliveries were made to the company wharf on the Grand Union Canal on the south side of the factory. Coal was cleared by hand from the canal barge to the storage shed. From the shed it was loaded onto carts to transport to the factory and then distributed by barrows to where it was needed.

Using coal was labour intensive which required a team of employees solely dedicated to ensuring the factory had the power it required. From the labourers who unloaded and moved the coal, to the stokers who had the vital role of fuelling the boilers to produce constant power.

However, there were consequences; polluting smoke and dirt. Coal fuelled the industrial revolution and was used by everyone; for powering industry and transport and at home, but it generates atmospheric pollutants. In Britain, it was not until the Clean Air Act 1956 that measures were first introduced to try and reduce air pollution. 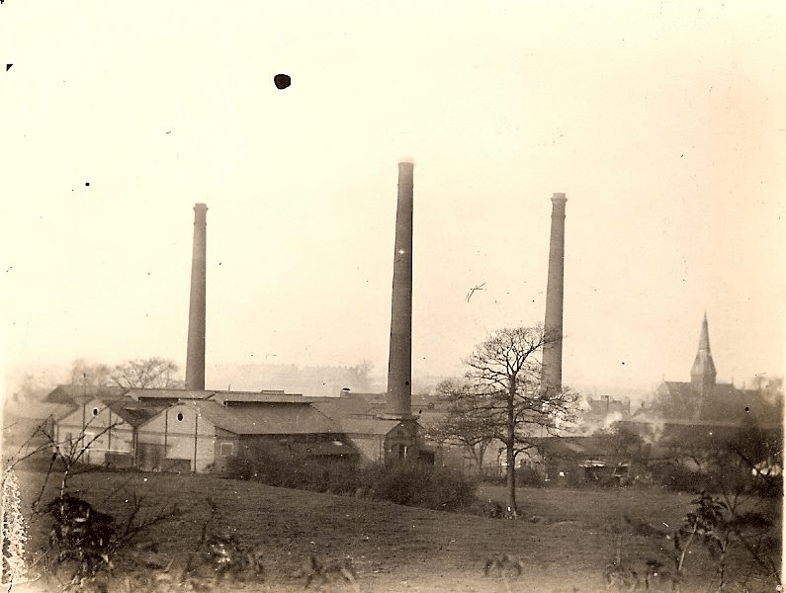 View of the works showing chimneys, c. 1900 taken from the Grand Union Canal

The first reference to the use of electric motors for driving machinery can be found in 1905 and electricians appear on the payroll in 1907. This change in power source saw the decline of steam-driven power on the site by 1912.

The company started generating their own electricity from about 1906 with the construction of a power station on site. The system was operated by a set of six gas engines, powered from anthracite fired producers. They were the pride and joy of employee, Jack Bodfish, who looked after them for many years after their installation. 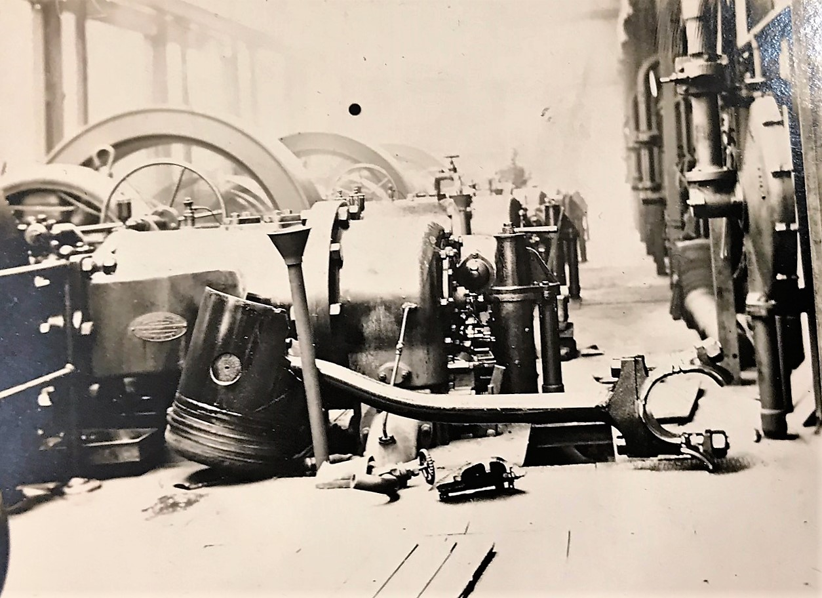 By the 1930s the gas engines were worn out and made a terrible screeching noise, which generated serious complaints from the local residents. World War II intervened, and eventually all the gas engines were taken out of service and replaced by rectifiers. The company had produced its own supply for over forty years but after the war, changed over to a supply from the national grid.

The heat treatment plant and oven equipment were converted to producer gas fire furnaces by 1905. The furnaces were fired through underground brick tunnels which a man could crawl down (for flue cleaning). The entire works was fed by this underground labyrinth, which conveyed the gas to where it was needed. The temperature was controlled and maintained by a team of men who adjusted little wheels to ensure an even correct temperature for the working day. However, this system of temperature control relied solely on the expertise of the operators and temperature accuracy could not be measured by modern instrumentation.

There was an unsuccessful experience with a Kerperly gas producer in 1920s before town gas-fired equipment was introduced from the mid-1930s. Gradually the producer gas system was phased out. 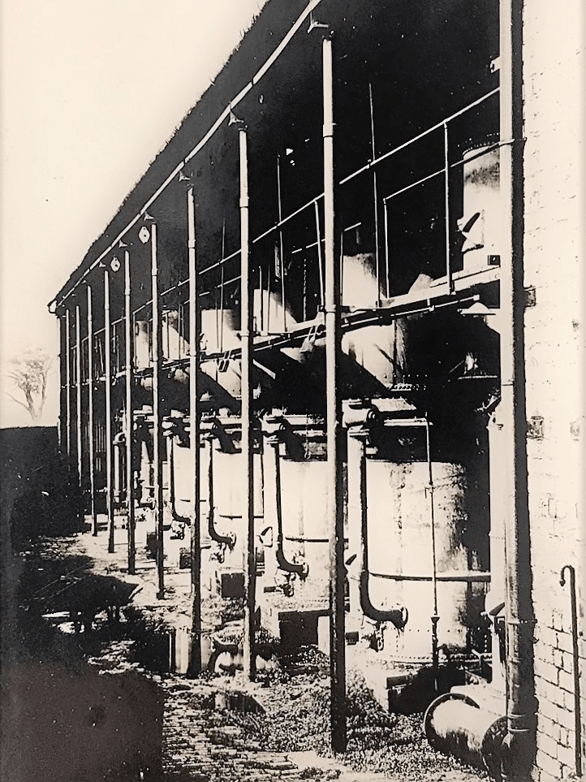 The Producer gas plant in 1919

The town gas system differed in that it was delivered through a system of small pipes and tiny burners and therefore could be more precisely controlled and measured; more appropriate to modern manufacturing methods.

By the early 1950s the Hay Mills works had been completely converted to a town gas supply; a national grid electricity supply; and propane and oil-fired boilers.

In the twenty-first century, the company is now at the forefront of cleaner energy development. Since 2016, the manufacturing operation at Hay Mills has been powered by a 10MW waste wood biomass power plant. It supplies renewable electricity to Webster and Horsfall, Latch and Batchelor, as well as other tenants across a 16-acre site.

The Hay Mills site is now also home to the Tyseley Energy Park which has exciting plans for clean energy growth in the city. This includes the aim to be the first U.K. low and zero carbon refuelling station and also planned investment in waste process technologies.

See https://www.tyseleyenergy.co.uk/masterplan/ for details of their masterplan. 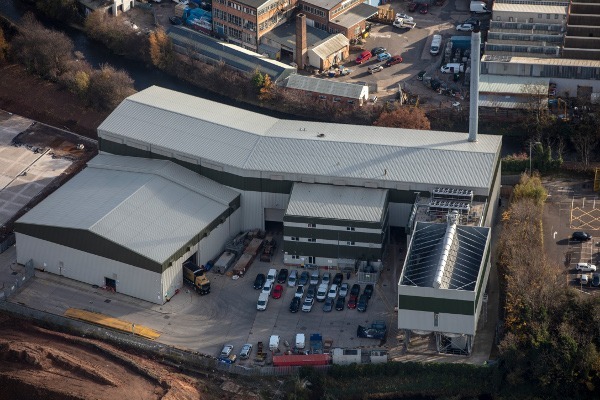